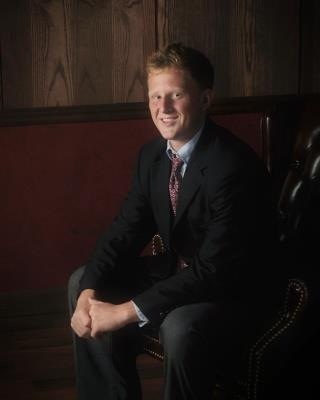 Where to begin with a life ended too soon? Brett graduated from a central Indiana high school in May 2012. He was excited to be attending college in the fall, but he never made it to the first day of classes. He was declared deceased on August 5, 2012 after 2 ½ days on life support.  Brett, age 18, became an organ donor who saved and enhanced lives.

On August 2, 2012 Brett left his home at about 9:15pm. He told his parents that he was going to a friend’s home. He and others were saying final goodbyes before embarking on their post-high school graduation plans. For most, including Brett, that meant going to college.

Approximately 3 ½ hours after leaving his home, Norm and Dawn Finbloom were called by a local police officer and told that their son had been drinking. Then the police officer said the most dreaded words, “Your son’s heart has stopped and paramedics are working on him. You need to get to the hospital as quickly as you can.”

Brett had made the bad decision to drink alcohol with his underage friends. He drank too much, too fast. He passed out. Friends at the party were afraid to call for help fearing that they would get in trouble. They did not know the serious dangers of binge drinking and they did not know about Indiana’s Lifeline Law. Some teens have since said that passing out was even considered common for many.

Also, the friends at the party did not know that it was very important to call for help immediately. If they had called 911 immediately, stayed and cooperated with first responders they would have had immunity from underage drinking and many related offenses pursuant to Indiana’s Lifeline Law.  Most importantly they may have possibly saved their friend, Brett’s, life. Instead they debated calling, cleaned up the party mess, most ran, and only two stayed. They did not fully cooperate with the first responders for fear of getting in trouble.

Recognizing that their son and his friends made bad decisions, Norm and Dawn decided to empower other teens and their families with life-saving knowledge. Teaching about the warning signs of alcohol poisoning, the dangers of binge drinking, Indiana’s Lifeline Law, and to basically Make Good Decisions. They don’t want another family to lose their teenage child.

Brett was smart, funny, caring, athletic, and full of life. He would never believe that he could die from simply drinking too much, too fast. He believed that he was strong and perhaps invincible. However, on this night, his body was unable to process the quantity of alcohol that he consumed.

Now, Brett would want to tell you to be careful, to ”Make Good Decisions” for yourself and for your friends and to “Make the 911 Call” for a friend in need.  He would say, “You don’t know it’s too much until the autopsy.”

Brett was “everything and then some” to his parents, Norm and Dawn, who love him so very much. Now Brett is “Everyone’s Lifeline.”